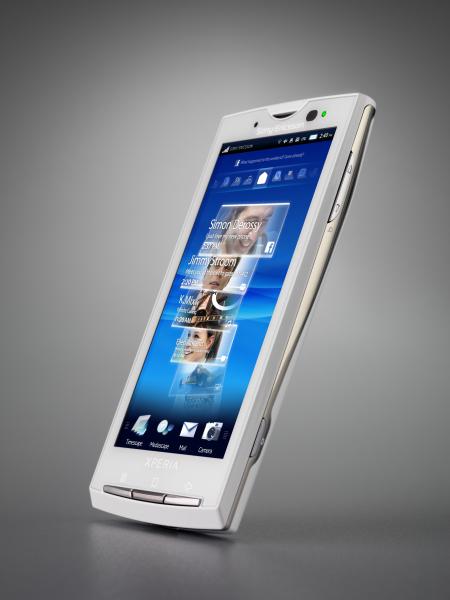 Sony Ericsson has finally released the long-awaited Android 2.1 (Eclair) update for the Sony Ericsson XPERIA X10 family (including the X10 Mini and Mini Pro). Even though we are on the precipice of Android 3.0 (aka Gingerbread) coming out, and the current Android version is 2.2 (Froyo), it is still a welcome addition.

XPERIA X10 phones run on a custom version of Android 1.6, and the company has been heavily criticized for not keeping up with competitors who have beat them in providing the latest firmware to users. When choosing an Android phone, one of the most important features aside from hardware is its upgrade path, and Sony Ericsson has been slow to respond. Some are also curious as to if the device will ever offically receive firmware above Android 2.1 in the future.

Unfortunately, the update isn’t officially available everywhere yet, but will be available over the next few days and weeks. If you own one of these devices you’ll simply see an update available in your upper status bar. There is also PC software you can use, called PC Companion (by Sony Ericsson), that helps with the backup and update process. However, if you are adventurous the trustworthy chaps at XDA Developers have figured out how to immediately update the XPERIA X10 family to 2.1 very easily!

If you are more patient and would rather wait for the official roll out in your country, Rikard Skogberg of SE’s Product Launch Blog states, “the update it is now out for the first kits, Nordics since yesterday and I?ve also seen that the generic trade kits for Russia, Singapore, Indonesia and many African countries should be up now since earlier today.” He also surprisingly confirmed that the update will not enable “Multi Touch, 16M colors, and Arabic language support”.

Skogberg continues by mentioning the “upgrade will be done in a phased roll-out which means that different ?kits? gets the update at different times. This to secure quality in all networks and countries. So don?t get paranoid if your phone isn?t updated in the very first days ? it will come!”

Let us know in the comments when you get the update in your country.

Here is the list of changes that Android 2.1 brings for each phone. I have video by Sony Ericsson above each list to help explain the upgrade.

? Upgrade of the Android platform to Android 2.1

? New back up and restore application, with extended content back up

? Improved Bluetooth functionality with support for sending and receiving pictures, contacts and more

? New backup and restore application with extended content back up

? Improved ways of handling pictures, audio, text and numbers in your messages

In most markets, your phone will automatically let you know