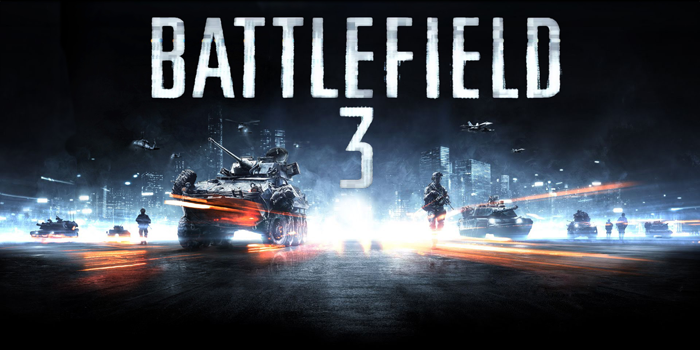 EA/DICE have revealed an explosive new trailer showing off Battlefield 3, a highly anticipated shooter coming to PC/PS3/XBOX360 in late 2011. It will reintroduce several elements absent from the Bad Company games, including fighter jets, the prone position and 64-player battles on PC, while the consoles will support 24 players. No word regarding PlayStation Move or 3D support at this time.

The next generation of Frostbite graphics engine will debut with Battlefield 3. It will take full advantage of the DirectX 11 API and 64-bit processors, with no support for DirectX 9 (nor, therefore, Windows XP). It will also feature enhanced in-game destruction with Destruction 3.0, creating more refined physics than its predecessor.

At SIGGRAPH 2010, DICE gave several presentations on advances in their rendering technology:

- “Tile-based deferred shading acceleration” via DirectCompute. This is being ported to the PlayStation 3′s SPUs.
- Morphological Anti-Aliasing (MLAA), again implemented with DirectCompute, for bandwidth conservation. MLAA is currently available only to a few PlayStation 3 games such as God of War III and LittleBigPlanet 2. DICE intends to bring this feature to DirectX 11 GPUs.
- Quasi-realtime radiosity.
- Improved environment destruction.

Players anxious to fight can