The Playstation Portable (officially abbreviated PSP) is a handheld game console manufactured and marketed by Sony Computer Entertainment. Development of the console was announced during E3 2003, and it was unveiled on May 11, 2003 at a Sony press conference before E3 2004. The system was released in Japan on December 12, 2004, in North America on March 24, 2005, and in the PAL region on September 1, 2005. 17 million units of the PSP system have been sold in the U.S. to-date. 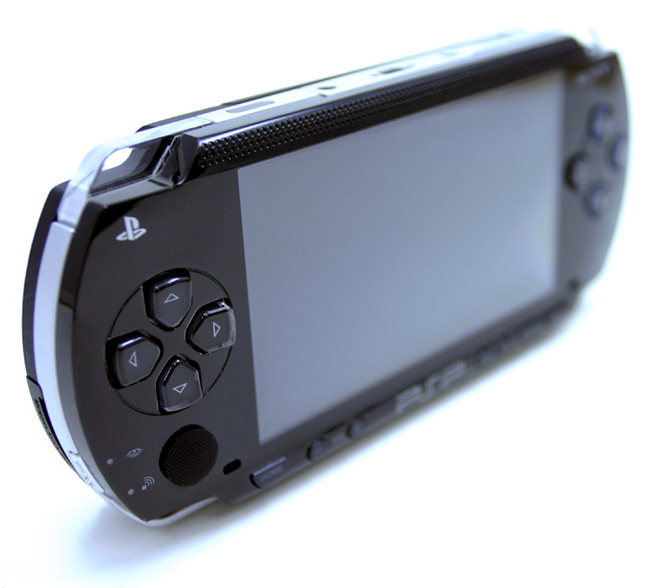 The PlayStation Portable is the first handheld video game console to use an optical disc format, Universal Media Disc (UMD), as its primary storage medium. Since 2005, more than 245 developers have created software titles for the platform since launch. To date, users can choose from more than 520 software titles available in the U.S. on UMD and more than 300 titles on the PlayStation Network. With award-winning first-party software titles including God of War: Chains of Olympus, Gran Turismo, LittleBigPlanet, Resistance: Retribution, and SOCOM: Fireteam Bravo, and triple-A third-party franchises such as FINAL FANTASY (Square Enix, Inc.) and Grand Theft Auto (RockStar Games), the PSP software library features a variety of titles from every major publisher.

PSP hardware has continued to evolve from the original PSP-1000 system, which boasted a best-in-class, 4.3 inch high-resolution LCD display, more than 125 games at launch, and built-in wireless communications. In 2007, SCE released the PSP-2000 system, which was 33 percent lighter than the original model. In 2008, the PSP-3000 system debuted, which featured an enhanced LCD screen with five times the color contrast ratio of previous models. In fall 2009, the PSP go system was made available in North America, becoming the first and only all-digital, full-game handheld entertainment system on the market.

Sales of the PSP have (with cyclical exceptions) lagged behind its main competitor, the Nintendo DS. Nevertheless, the console is “the most successful non-Nintendo handheld game system ever sold.”