Take apart my MZ-E10 for maintain the system. 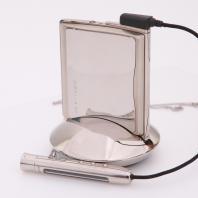